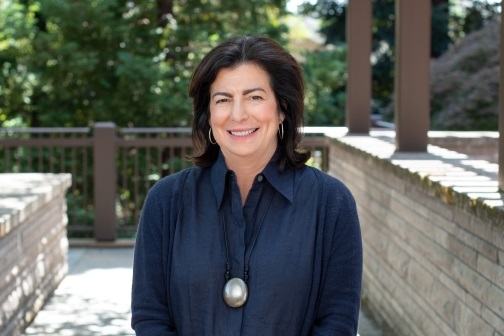 Nancy Roob is co-founder and CEO of Blue Meridian Partners, a new philanthropic model for finding and funding scalable solutions to the problems that trap young people and families in poverty in the U.S.

Blue Meridian Partners was incubated at the Edna McConnell Clark Foundation (EMCF), where Nancy both developed and implemented EMCF’s grantmaking strategy as well as pioneered a growth capital aggregation strategy that paved the way for the birth of Blue Meridian Partners. As EMCF’s President, she helped develop EMCF’s Program for New York Neighborhoods, which launched community-building and neighborhood-stabilization projects in the South Bronx and Central Harlem, including the Harlem Children’s Zone, the success of which has inspired legislation to create “Promise Neighborhoods” across the U.S.

Nancy is a trustee of EMCF and continues to serve as its President and CEO during its planned wind-down phase. Before joining EMCF, Nancy worked for the Boston Persistent Poverty Project, a program of the Rockefeller and Boston foundations; the Fund for the Homeless, a project of the Boston Foundation; and the Child Care Resource and Referral Center, also in Boston.

Nancy is a graduate and trustee of Hamilton College, and holds a master’s degree in public administration from Harvard’s Kennedy School of Government.